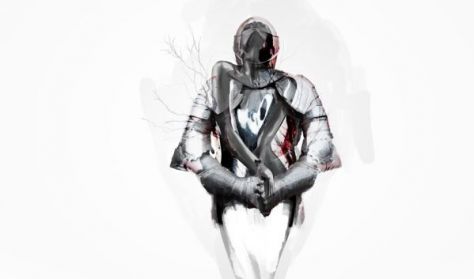 “The most profound symbol ever conceived as the substance of the perceptible spiritual core of religion,” said Wagner of the Holy Grail. Parsifal, whose character he knew from Wolfram von Eschenbach’s epic poem, was a lifelong interest for him. The saintly fool eventually became the compassionate title character and redemptive hero of his last “stage consecration festival.” The work, which had its premiere in 1882, was steeped in religious and philosophical thought so deeply that the creator did not authorize performances outside Bayreuth, considering other opera houses too profane for the task.

Thomas Mann thought in Parsifal the naivety of a tale met with cunning, and Wagner successfully clad the deeply grotesque in the robe of the sanctity of the sacrament and the bell-ringing transubstantiation. Art and religion, he wrote, were united in a single opera. Following his work on Porgy and Bess and The Fairy Queen, Sebastian Hannak is again responsible for the visuals of the production, and the director is artistic director András Almási-Tóth.

Opera in three acts, sung in German, with Hungarian and English surtitles

The performance is not recommended for audiences under the age of 18.

This performance of the Bartók Spring is a joint event of the Hungarian State Opera and Müpa Budapest.

Warning! The basket time limit is about to expire!